Lynne: I have always liked the old-fashioned glass bird ornaments with the real tail feathers, and for my third ornament of the season I thought I would like to do something with birds.

A couple of years ago my sister, Cheri, found an illustrated ABC book of birds published in 1916 and I was so awestruck by the illustrations, she gave the book to me. After a search online I found this tutorial for making paper bird ornaments:
Bird Ornaments from Country Living

I scanned my ABC book’s pages into Photoshop, sharpened and brightened the images and then printed them onto card stock.

I cut each one out with small scissors and an x-acto knife being careful to preserve as many details as possible. The edges were white and a little ragged from the cuts so I ran a black Sharpie around the edges to hide the white and to outline the shape of the bird.
I put a small grommet in the top of the bird and used fishing line for a hanger. I like fishing line because it is nearly invisible when an ornament is hung.

The ornament was so light weight, it floated oddly in the air and did not sit in its space properly. I have a plastic jug full of old curtain weights and I taped one weight to the back of each figure. Now they move as they should. I thought about sealing the birds with Mod Podge, but I liked the old worn patina they have. I can make more if these wear out or are damaged.

These ornaments were not too hard and I like that they can be used after the holidays. I’m going to replace the curtain weights with a piece of magnetic strip and put them on my refrigerator.
Have a happy ornament-making holiday. 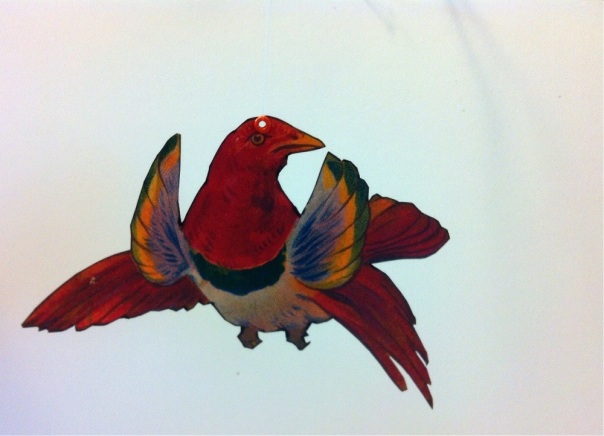 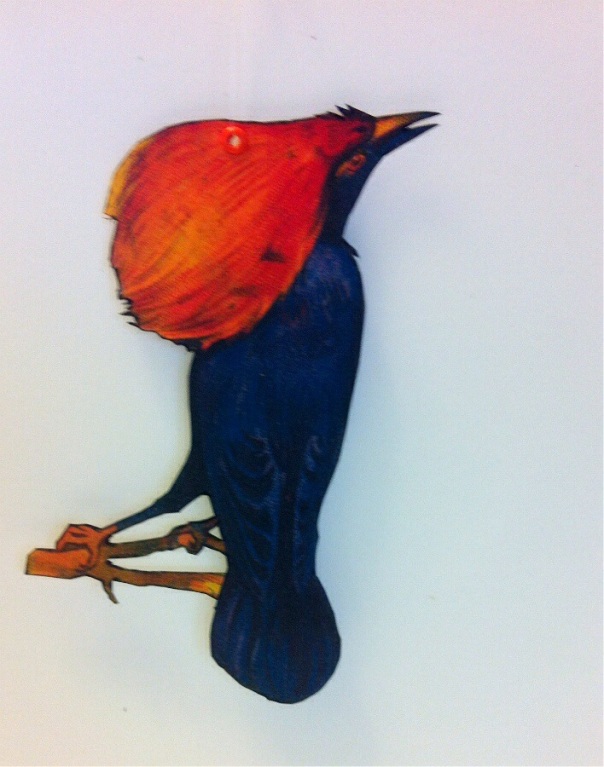